One of my goals on our recent trip to Portland, Oregon was to check out some of their many “food pods,” which is what they call a food truck court. We went to one called Cartopia: Portland’s Food Cart Revolution,which was one of the cutest of them all. I got an excellent smash burger from a big truck that seemed to be the “anchor” of the food pod called Bottle Rocket PDX. These Portland food pods are bomb AF, and I’ll be posting more pics from them, so stay tuned! Plus one in Alaska that was AWESOME. 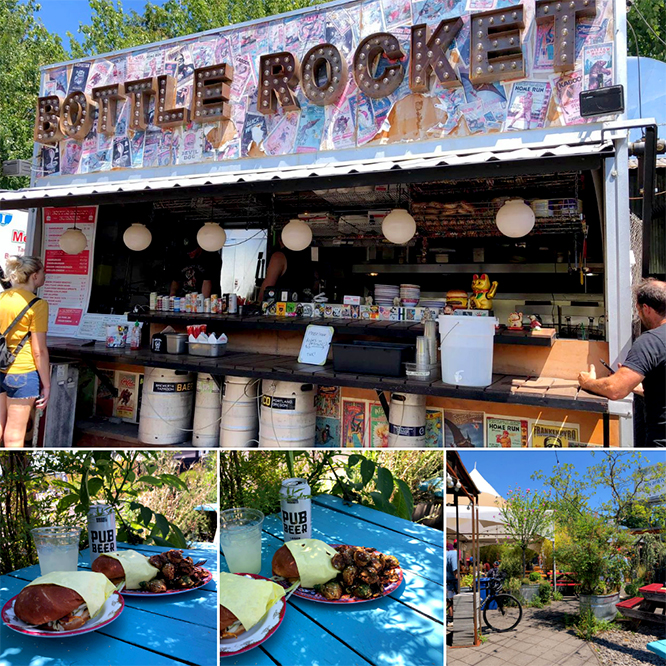 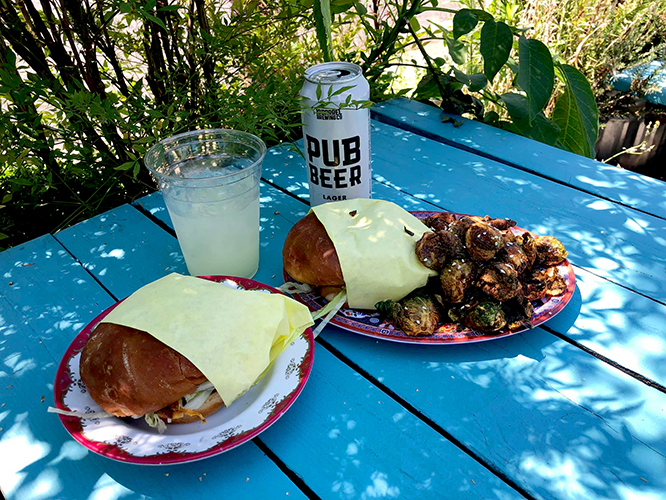 Here’s another food pod in Portland Oregon, this one was called Hawthorne Asylum Food Carts. It was really cute, had a great handwashing station, bathrooms, a fun sculpture for the garbage and recycling, and plenty of great seating, shade, plants, etc. I got a delicious waffle & bacon snack from Smaaken Waffle Sandwiches, while my nephew and his GF got a falafel and a sushi burrito. This was one of the best food pods we visited! 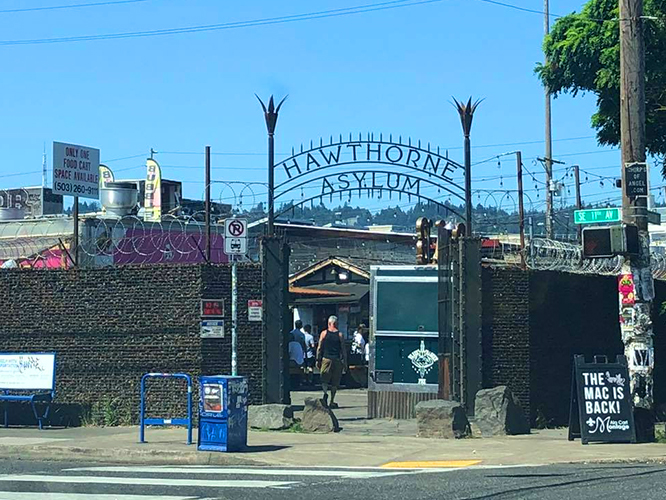 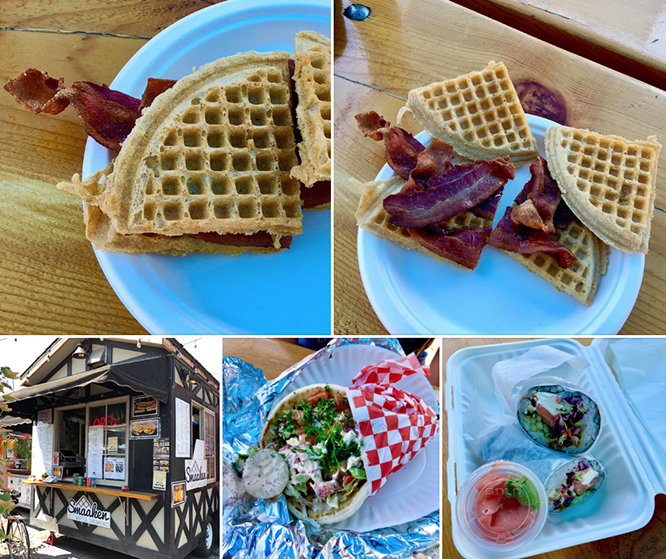 One of the coolest food pods that we visited in Portland, Oregon, was called the Portland Mercado, which featured all Latin American food, both inside the market-place building, and outside, with a line-up of exciting food carts! My nephew and I shared kibis from Principe Maya Portland Oregon and salchipapa from Tita’s Kitchen. It would be pretty rad if we had something like this here in Asheville! 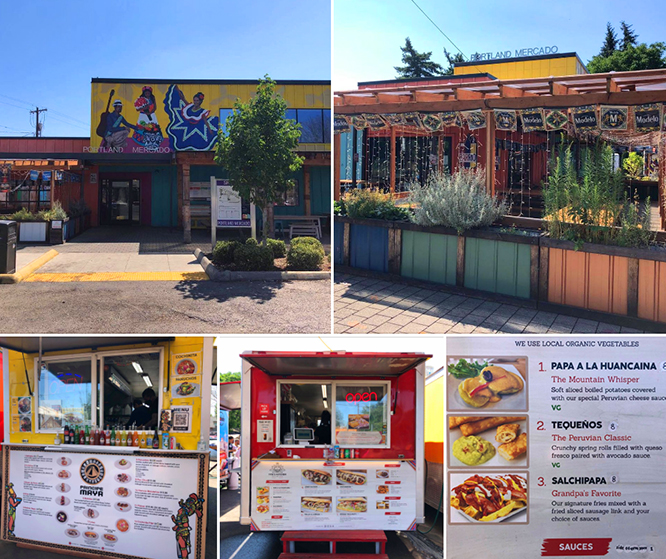 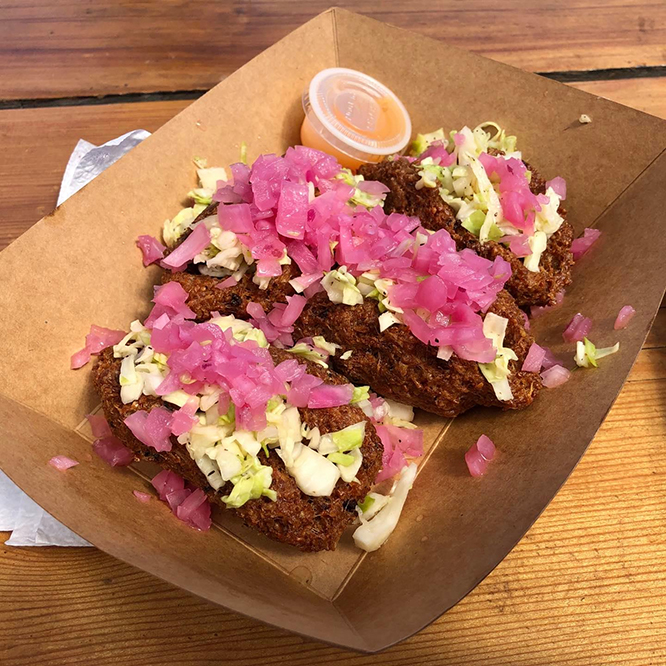 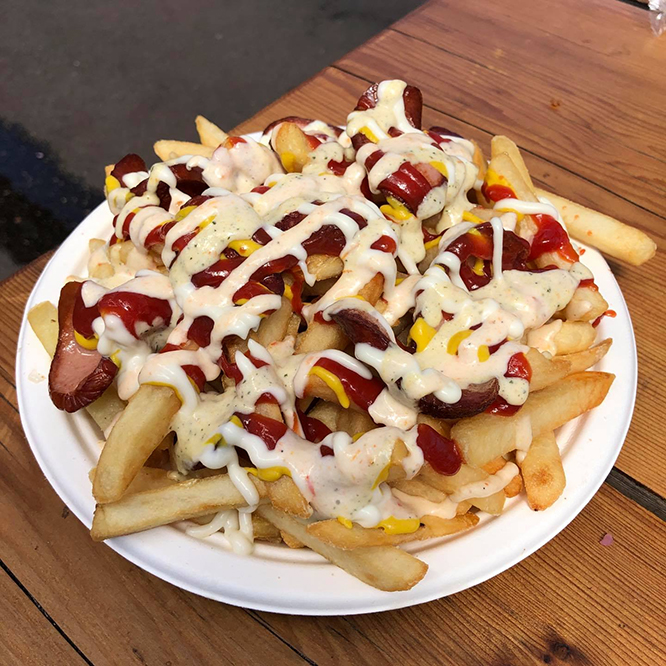 One of the best food pods we visited in Portland, Oregon was called Carts on Foster. We actually didn’t get any food at this one because we were full, but I really liked the set up, especially the indoor/outdoor seating, and the really cute restroom! There was also a hair salon! 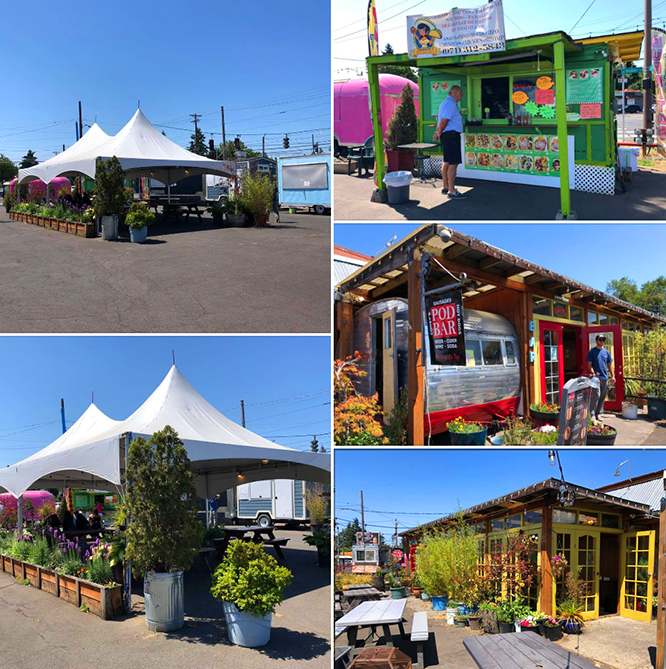 One of the best food pods we visited on our vacation was in Juneau, Alaska. It was called Deckhand Dave’s Fish Tacos, which was also the name of the fish taco stand, which was fabulous. Some of the best, of not thee best, fish tacos I ever had. There was also a crêperie called Alaskan Crepe Escape, a bar shaped like a boat, and a place selling s’mores. And of course seats, tents, shelter, heaters, and a restroom. 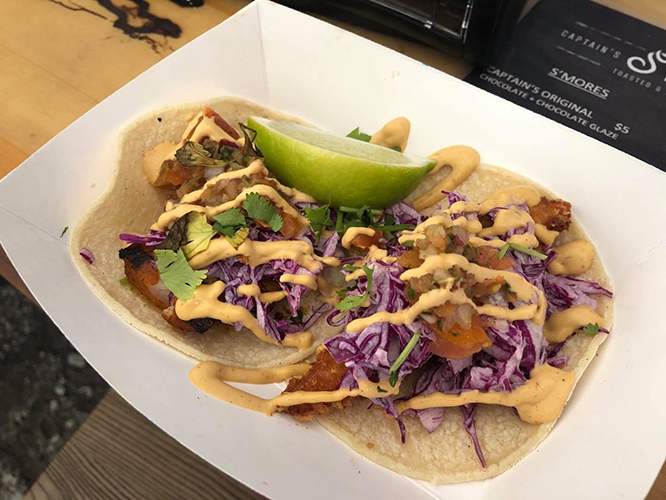 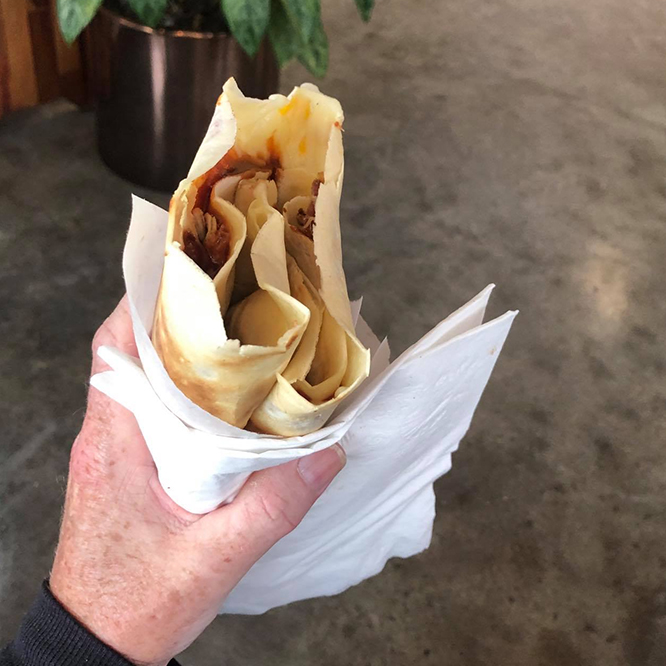 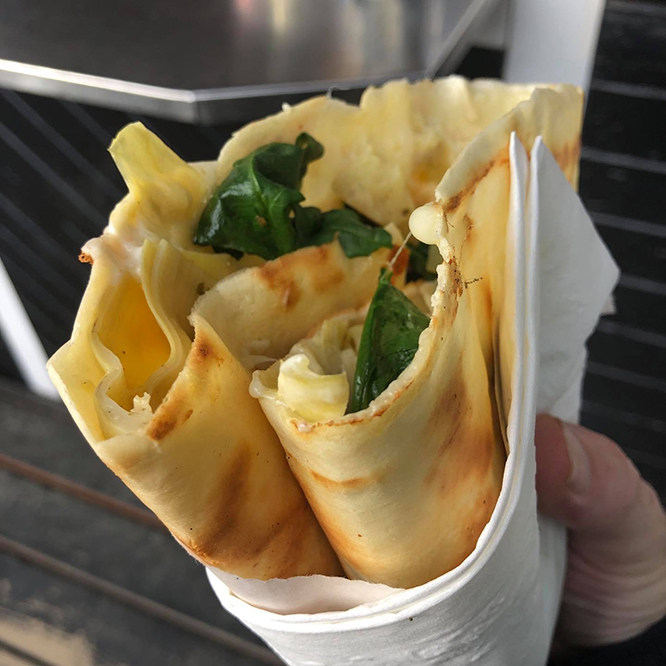 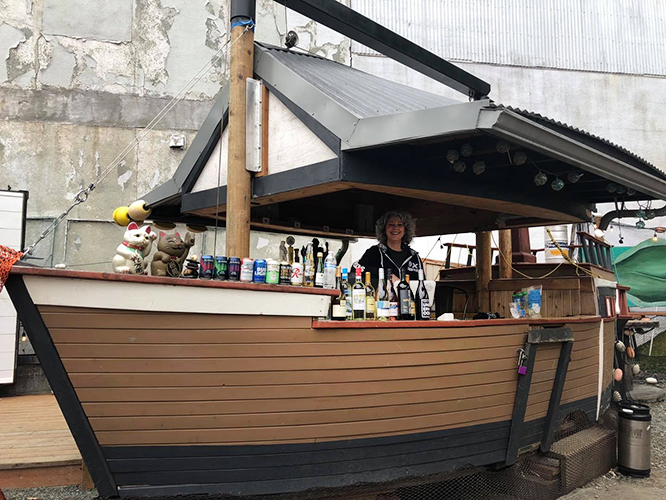 This blog is advertisement free! If you would like to “tip” me for my efforts, please Venmo me at Stu-Helm
or PayPal at stuhelmavl@gmail.com