I was lucky enough to get a press pass to a beautiful, delicious, very filling and meaty 5 course dinner at URBAN ORCHARD that was the first in a series of “Live Fire” cook outs and cider pairings they hope to do over the coming months.

It was effing great! I was very fortunate to sit next to the incredibly charming and endearing Thom and Lori Miller, who are the heads of the family-owned cidery and bar on Haywood Road near Beecham’s Curve.

The food was provided and prepared by cooks and chefs including James Beard Award Finalist, & American Culinary Foundation Chef of The Year, Craig Dheil from CYPRESS & ARTISAN MEAT SHARE in Charleston, SC.  Also present was Charles Lee from THE AMERICAN PIG cured meats and charcuterie, as well as Chefs Nate Sloan from HICKORY NUT GAP FARM and Greg Remter who I am most familiar with from his time spent in the kitchen at SOVEREIGN REMEDIES.

The food and company and atmosphere were all very enjoyable, and although I was unable to taste the hard cider, it sounded interesting and unique, and I’m pretty sure I heard dinner host and PR guru Jeff Anderson use the word “horse blanket” to describe the flavor of one of the more robust ciders! I had water. It was watery and awesome.

Below is the menu, followed by a bunch of pictures. You can see for yourselves how pretty the setting is, and how nommy the food looks. It tasted great, and the whole experience was excellent in every way. I usually hate social gatherings of this kind, and it did take me a while to warm up to the scene, but once I was seated next to Lori, and shoving food n my face, I felt right at home!

I’m super glad I went, and two of the folks at my table who had traveled all the way up from Greensville were effing pumped about it. They held hands while they ate. No joke.

I’m always trying to let you mooks know when something special and unique is happening in the food scene, and this was one of those things. Big time. Tickets to this one sold out in advance, so keep an eye out for the next one and get on it!

Charles Lee from The American Pig, brings delicious, NC pasture raised cured meats/fresh sausages that can be spotted in many of the best restaurants in Western North Carolina, some new ones will be debuted at this event.

Chef Craig Deihl is the featured chef from Charleston, SC and is a four-time nominee/two-time semi-finalist for the prestigious James Beard Foundation award. Chef Deihl was the 2010 recipient of the Chef of the Year award by the American Culinary Foundation and currently operates as Executive Chef at Cypress & Artisan Meat Share.

Between these two live fire veterans, this proves to be an event to remember that engages all senses. Courses will be strategically paired and incorporated with a variety of Urban Orchard Craft Ciders. Think cider salami, craft cider vinegars and much more. Dishes will include lambchetta, pork, cheeses, and local farm fresh veggies/herbs.

The basic layout of the menu:

The Chefs want to keep the details a bit of a surprise, but assure that execution will be at a premium. Aside from the meats utilized, additional ingredients will rely on produce that is available the day before at Asheville tailgate markets.

Tickets can be purchased online with a processing fee or at the cidery without the fee. 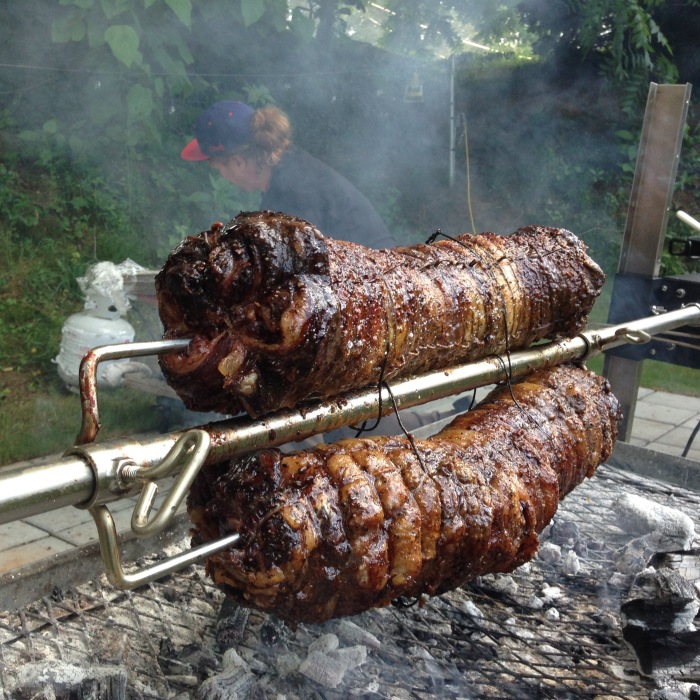 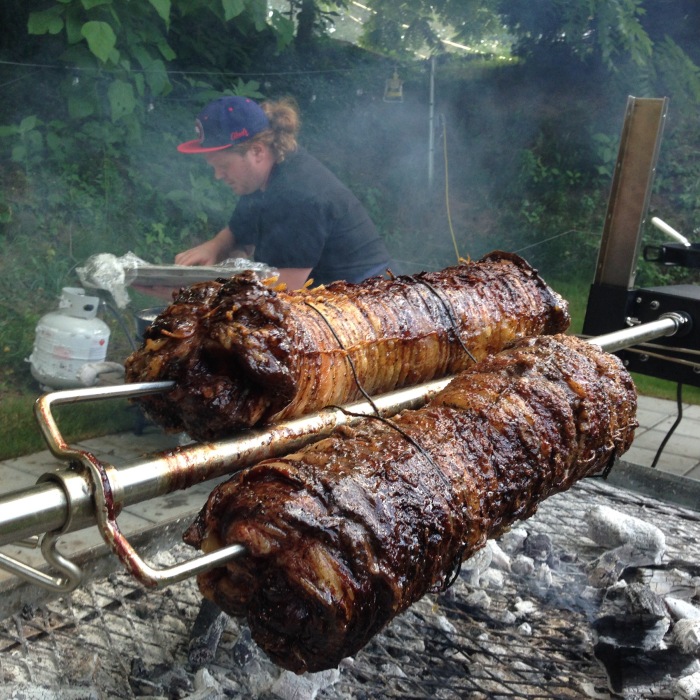 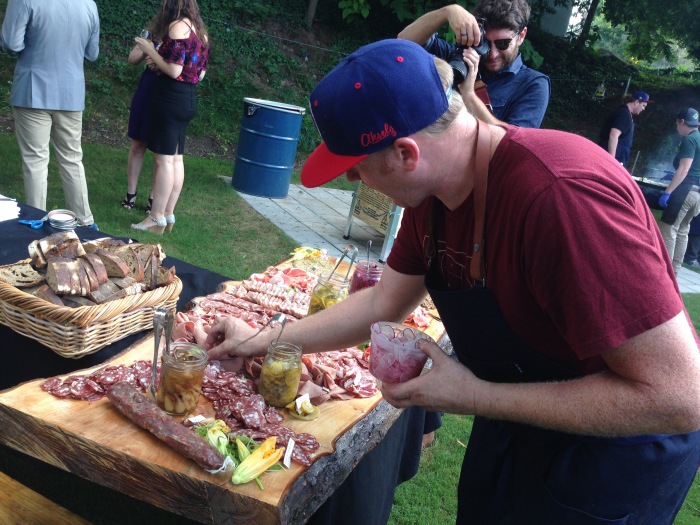 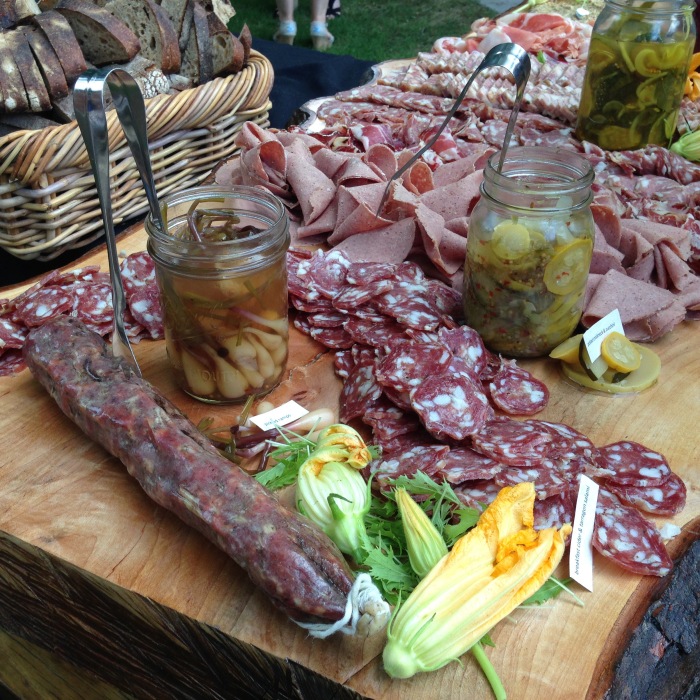 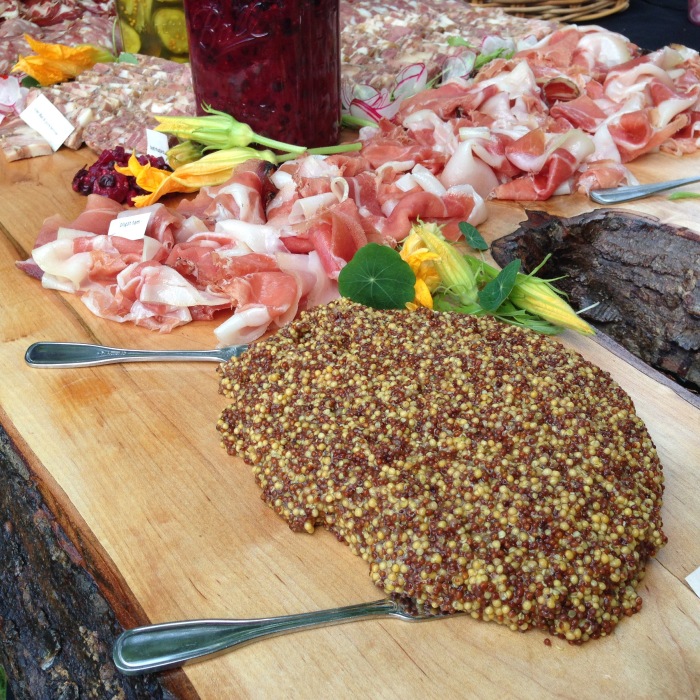 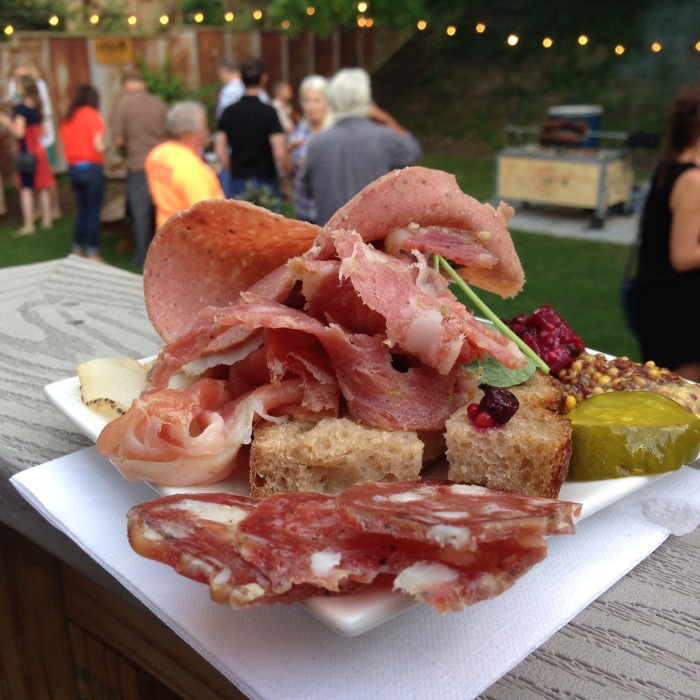 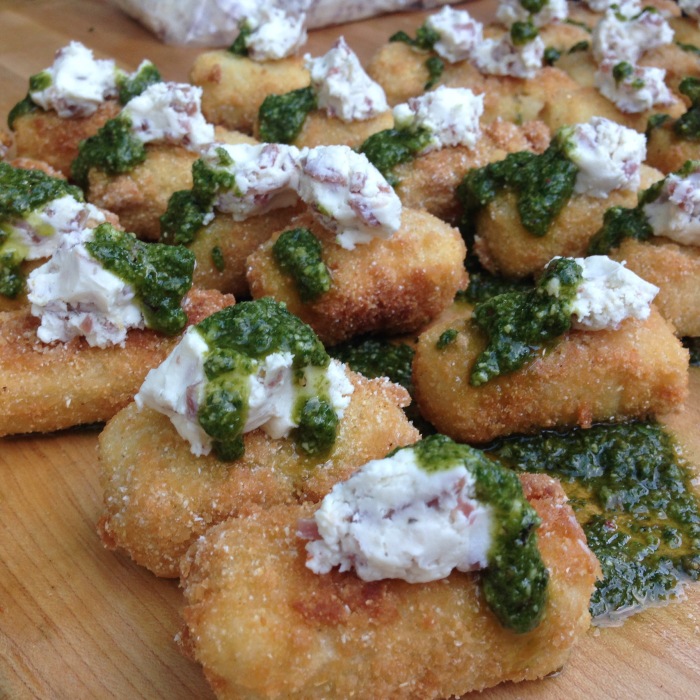 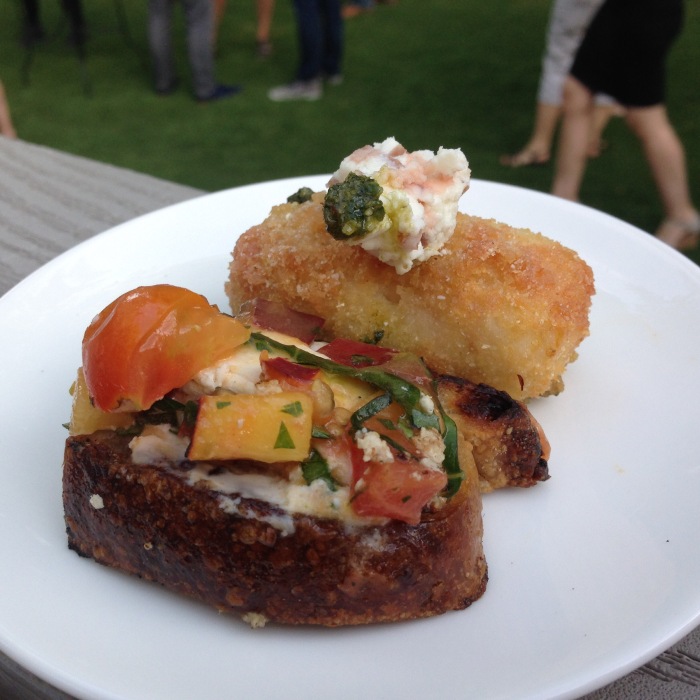 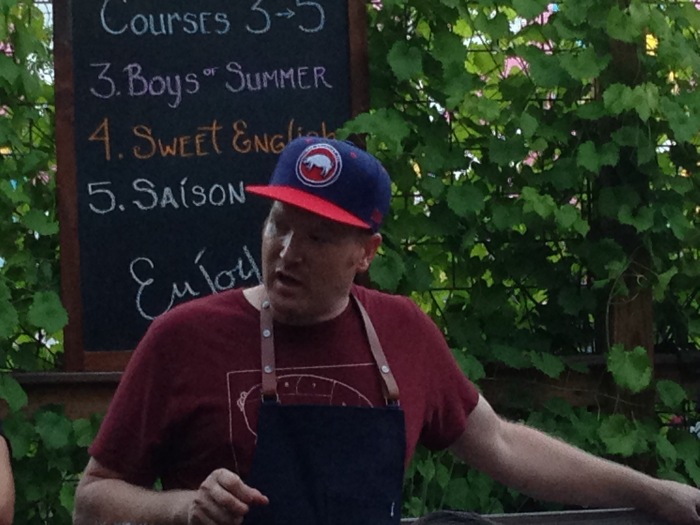 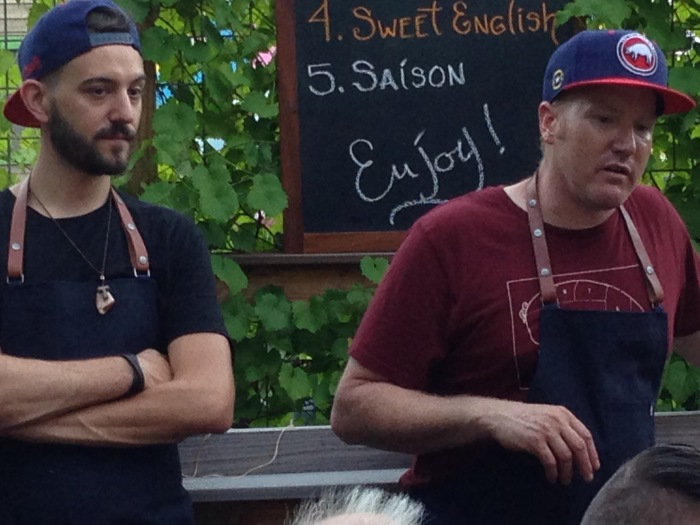 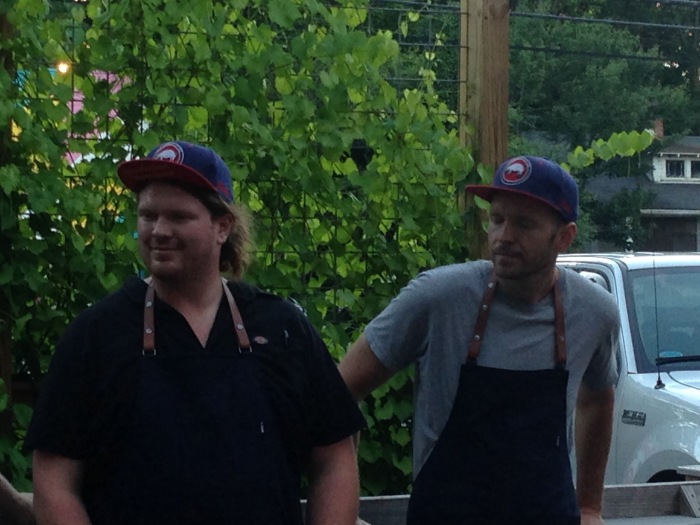 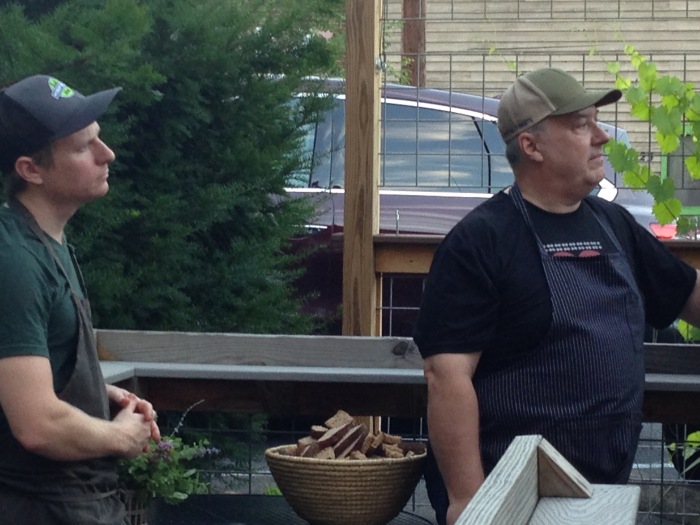 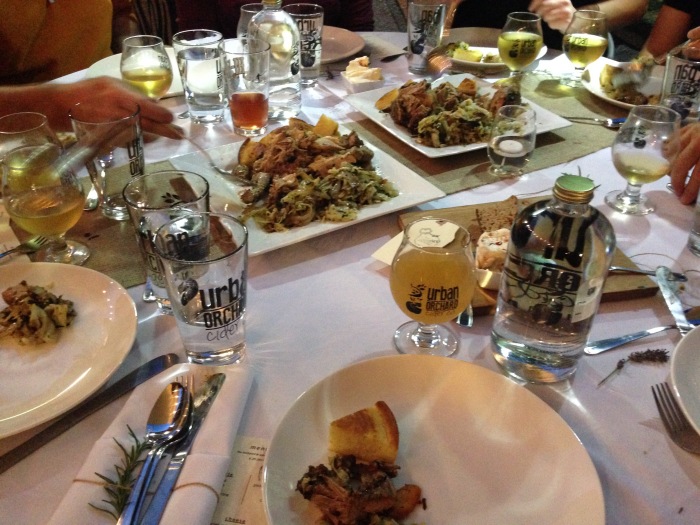 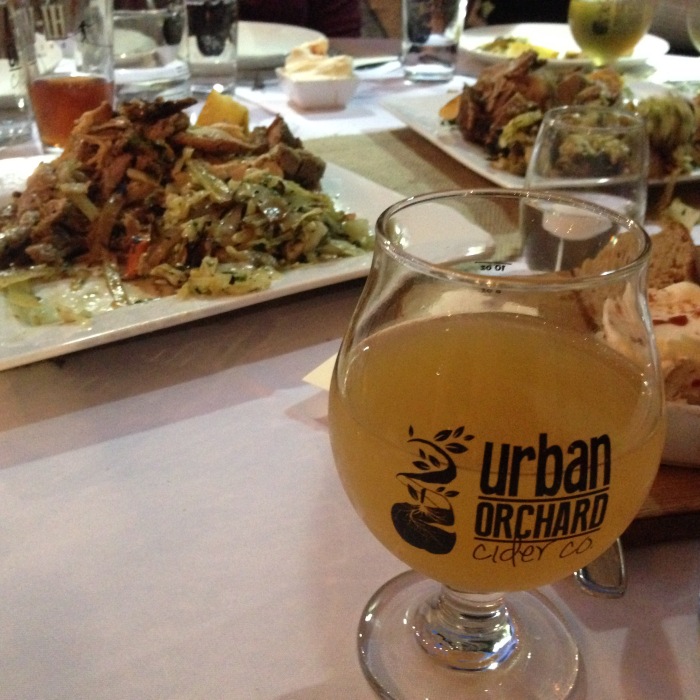