I have an official food sponsor. That might be the single greatest sentence I’ve ever written in my life. I’ve had two, actually. First, CHAI PANI sponsored the AVL Food Fans podcast for a good four to six months, and now The Food Fan radio show is sponsored by 50/FIFTY: THE ART OF DESSERT, who style us out every week with KILLER desserts and treats. Chef Mandy Butler is the genius behind the food, and her husband Chris is the staunchest of partners, doing it all from baker’s assistant to deliver driver. I’ve been working with Chris and Mandy for about 10 months or maybe a year now, and I can truly say that I have never met two more reliable people!

Here’s just a few samps of what they’ve provided for the show, including an amazing anniversary cake that they made especially for the 2 Year milestone show!!! 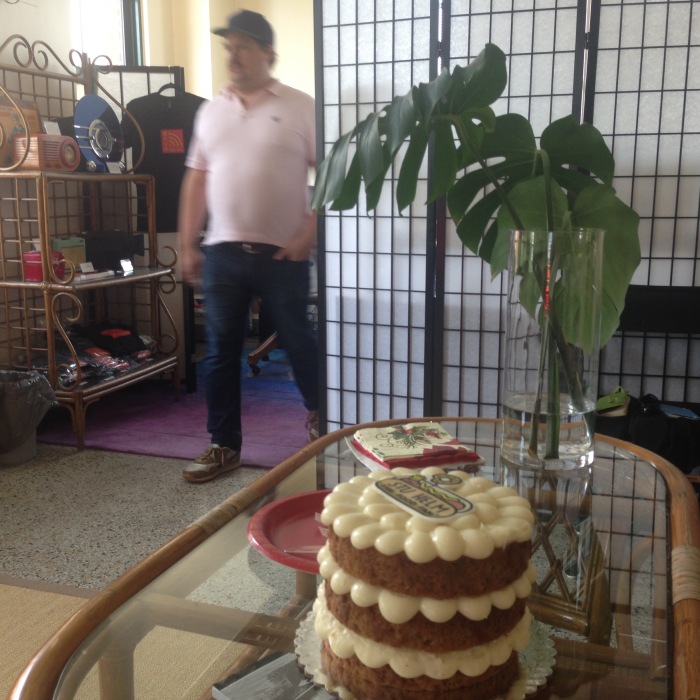 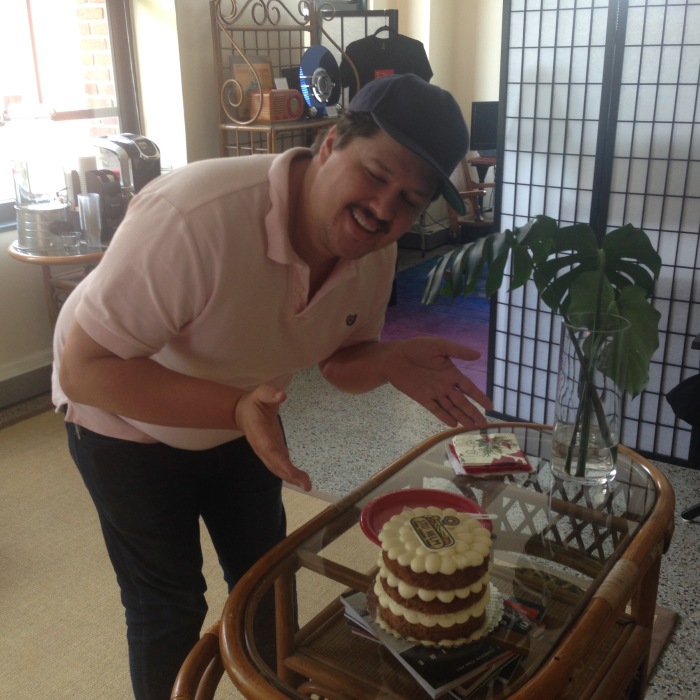 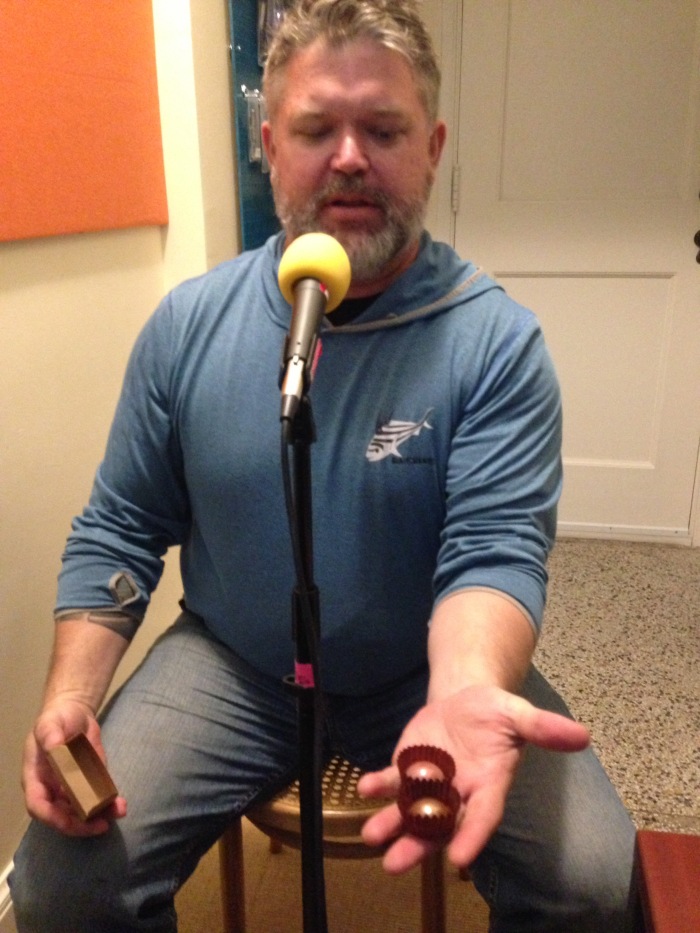 John Atwater from Mamacita’s was so psyched about the wonderful truffles he received as a guest on the show! – photo by Stu Helm 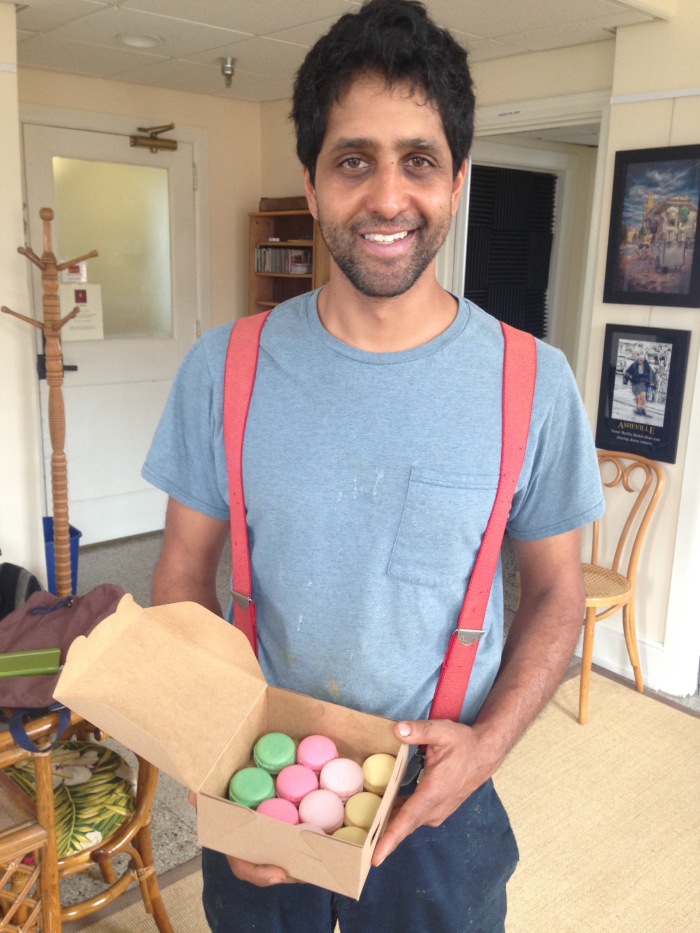 Farmer Sunil Patel from Patchwork Urban Farms poses with a box of colorful and delicious macarons! – photo by Stu Helm 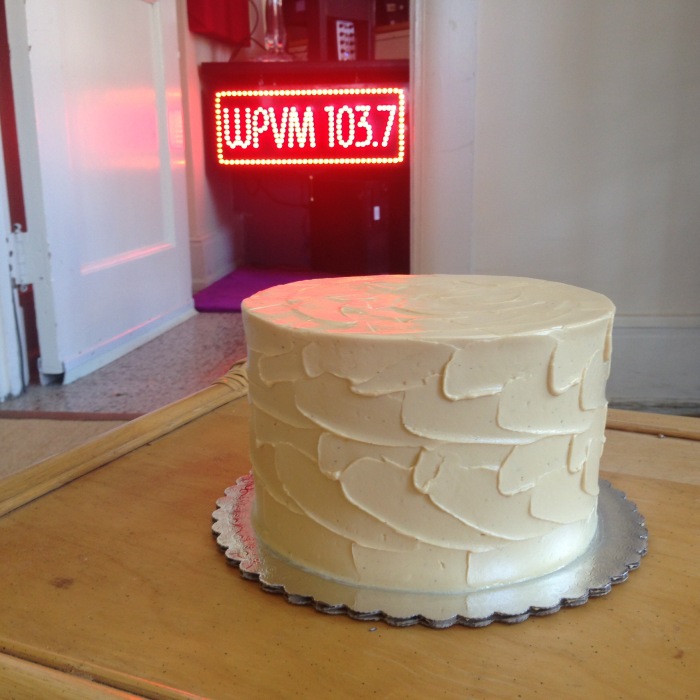 Here are several more pictures of the amazing treats we get from 50/Fifty each week! 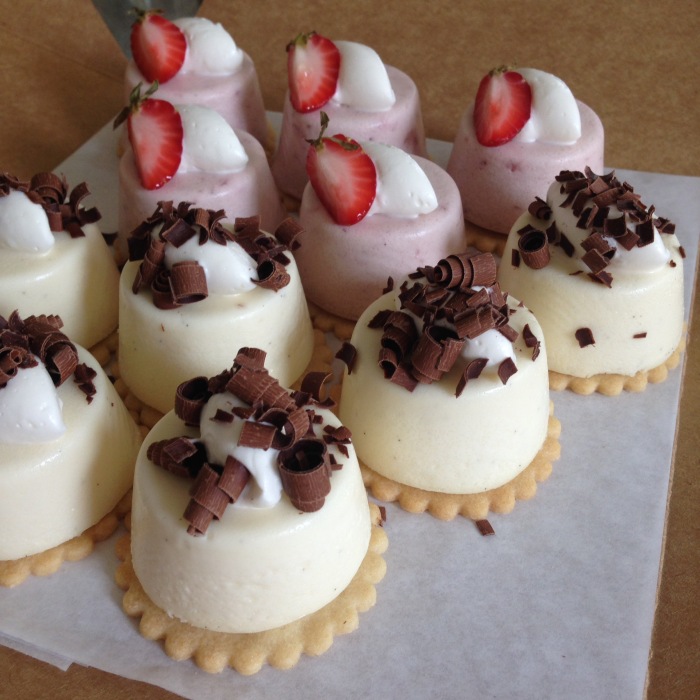 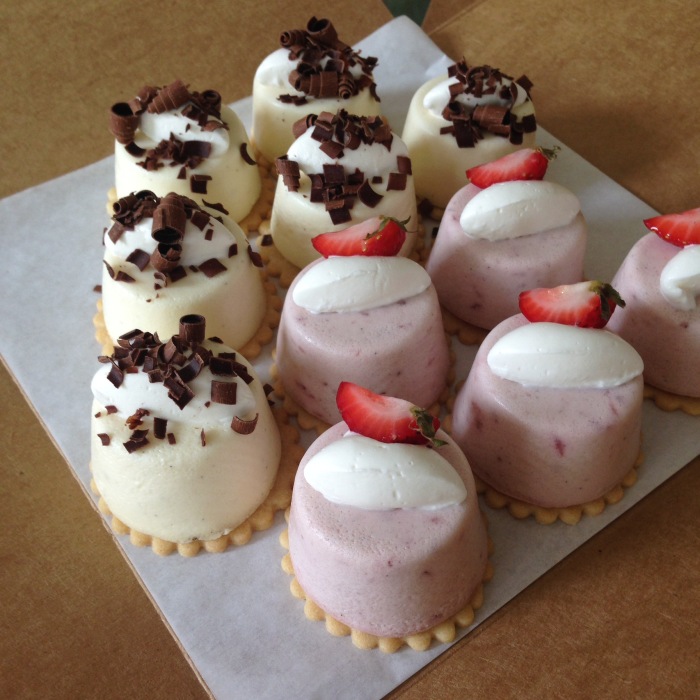 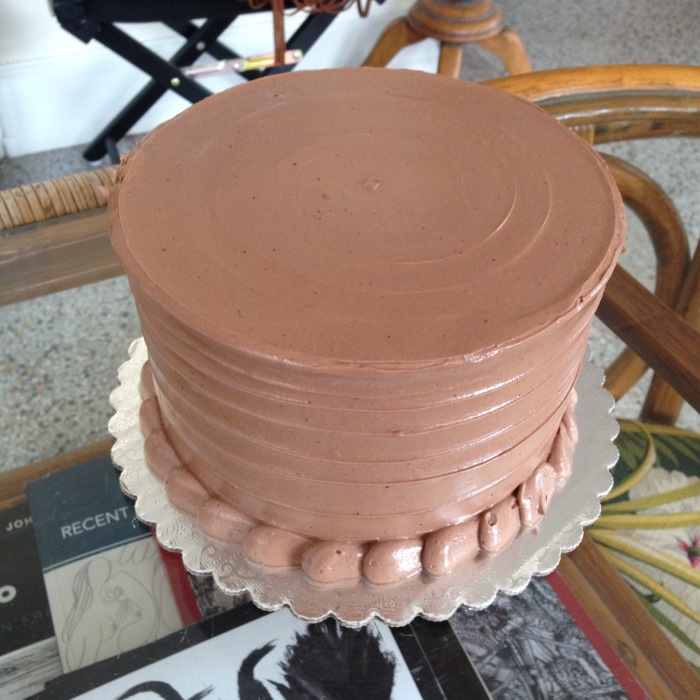 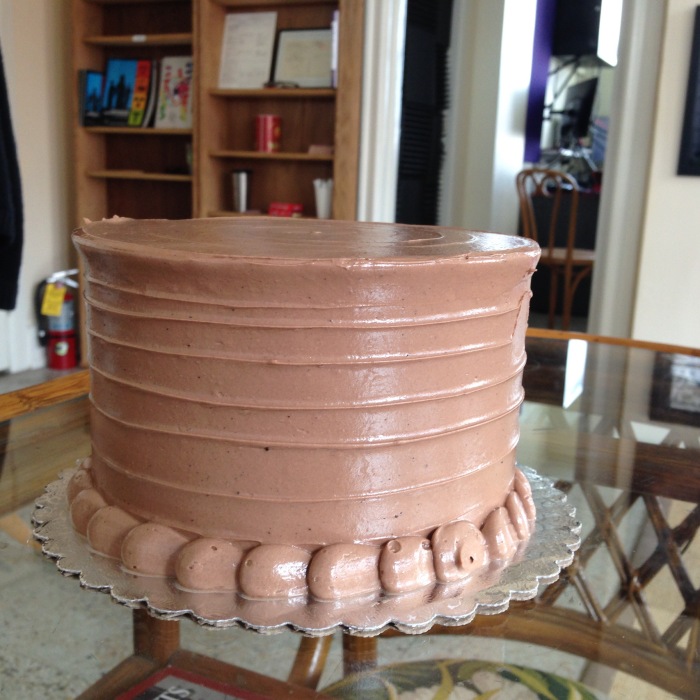